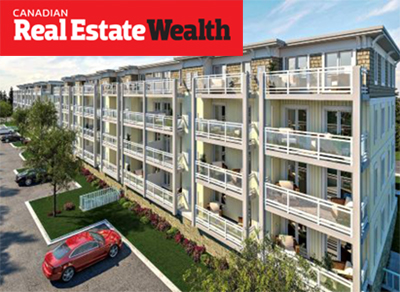 “In Collinwood and the South Georgian Bay region, we launched the Tech Hub North campaign, and in the last six months and I’ve had meetings with folks who have done very well for themselves in Silicon Valley and Toronto and they all have places up here,” said Martin Rydlo, economic development officer for the Town of Collinwood. “So we’re going, ‘How do we become part of this and invest more into these companies setting up shop here and starting to grow?’”

The town has received a surge of young families in the last few years, many of whom work remotely, and as their numbers swell, Collingwood is reinventing itself from a tourist town into regional hub with a diverse economy.

“There’s no other place in the world that has the same collection of private ski clubs that we do,” continued Rydlo. “Those ski clubs attract people with tons and tons of money, and as they spend more time here they want to invest in the community. It’s only an hour and a half drive from Toronto. They want to invest in the community and they’re eager to see this area expand because they think it’s a unique place to invest their money.”

The growth is noticeable in the town’s real estate market. Rydlo says it’s been insulated from the highs and lows that accompany speculation and, therefore, attracts young families priced out of Toronto.

“We’re seeing pressure on the mid-tier price range of $300-500,000, and it’s the result of the growing boom we’ve seen as more and more people move up here,” he said. “There are a lot of people moving up here because they seek a certain lifestyle:  To be outdoors, active and healthy.”

Blue Fairway is a housing development by MacPherson Builders, and with slick golf course access, buyers are a mix of Collingwood’s old and new. Tim Emoff, owner of a Blue Fairway home, moved to Collingwood so that he could retire sooner.

“I’m approaching the twilight of my career and turning 52, but in moving from Orangeville, I’m crystalizing a bunch of equity and moving into something half the size of my 3,400 square foot home,” he said. “I can use a bunch of the equity in the house and fast-forward my ability to retire sooner.”

However, empty nesters aren’t the only people moving to Blue Fairway. Emoff’s 24-year-old daughter and her boyfriend, frustrated by the exorbitant cost housing in the Greater Toronto Area, also bought a unit at the development.

“Her motivations are completely different; she and her boyfriend are just starting out in their careers, both recent graduates,” said Emoff. “The prospect of getting a place in Toronto or Mississauga or Oakville, and entering the market with a $700,000 mortgage, is daunting. What they’re looking at is the opportunity for a better quality of life. They’re both active, and for $380,000, they bought a 1,000 square foot condo.”